Creating an Enabling Environment for Nigeria’s Entertainment Industry: the Role of Law 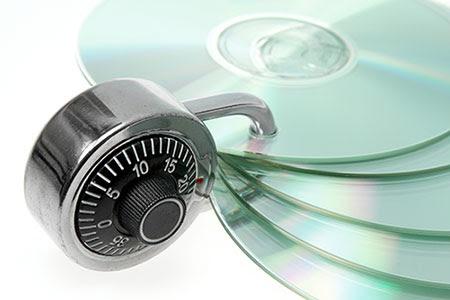 Despite its recognition as an industry that has the potential to add tremendous value to the national GDP, the industry is far from meeting this potential. The role of the Law in creating an enabling environment for the industry to thrive and build capacity cannot be overemphasized. We have highlighted therefore, some of the challenges facing the industry and how the law can be used to address these challenges.

Nigeria’s entertainment industry (including live entertainment, film, music, publishing, advertising, broadcasting etc.) has witnessed rapid development over the years and recent trends show that the industry has the potential to revolutionise the nation’s economy. Nollywood, for instance, is reported to be the third largest and fastest growing movie industry in the world, after Hollywood and Bollywood. Despite such notable prospects, Nigeria’s entertainment industry is posed with a variety of challenges which affect the growth of the industry.

Top on the list of these challenges is piracy. Although there are laws and regulatory agencies established to protect intellectual property rights, piracy has persisted. The internet and technological gadgets has proven an open haven for unauthorized reproduction and distribution of entertainment materials at no cost or for fees not accounted to the owner of such material. This practice has inevitably caused great financial loss to the entertainment industry. With respect to physical entertainment materials, the comparative quality of pirated copies vis a vis originals and relative affordability of the former creates an appeal in favour of piracy in the open market. These challenges have hampered financial investment in the industry and challenge existing paradigm of the law in affording the much needed protection.

Consequently, the starting point towards maximizing the potentials of the entertainment industry should be the creation of an enabling environment which can be achieved by the development of afit for purpose legal and regulatory framework to adequately address the challenges of the growing industry, especially those posed by technology.

In this article we have briefly considered the existing legal framework of Nigeria’s entertainment industry and expounded on perceived gaps while proffering recommendations for expanding the industry to further boost the nation’s growing economy.

Of the above legislations, the most central to the entertainment industry is the Copyrights Act which aims to protect literary works, dramatic works, art and music. Nigeria is also a member of WIPO and the World Trade Organisation, and has ratified several international treaties in respect of intellectual property, i.e. the Paris Convention for the Protection of Industrial Property (ratified in September 1963), the Rome Convention (Performers, Producers of Phonograms and Broadcasting Organisations) ratified in (October 1993), the Patent Law Treaty (ratified in April 2005) and the Patent Cooperation Treaty (ratified in May 2005). Nigeria has also ratified the Berne Convention for the Protection of Literary and Artistic Works 1886 (ratified in September 1963).

The foregoing laws and treaties seek to address and protect the different aspects of intellectual property including origin, term and recognition of copyright, fair and private use of copyrights, protection in the event of reproduction of sound, images and/or circulation of printed material among other issues.

Addressing the Gaps
The enormous economic potentials of the entertainment industry to Nigeria’s economy cannot be overemphasized. However, in the light of the current legislative and regulatory regime as discussed above, a lot more needs to be updated in our laws, policy and practice to make this clime suitable for the sustainable growth of the entertainment industry. Without claiming exhaustive coverage of the subject, we would be addressing these gaps under the following heads:

CBN Ban on Foreign Currency Deposits
By a circular dated 5 August 2015 [TED/FEM/FPC/GEN/01/015] the Central Bank of Nigeria has issued a directive prohibiting the acceptance of foreign currency deposits by Deposit Money Banks (DMBs). This directive is made in contemplation of recent statements by DMBs concerning the large volume of foreign currencies in their vaults. The directive was addressed to all authorised dealers and the general public and was to take effect from the date it was issued.
With respect to foreign cash lodgments made prior to this date, the account holder has the option to either withdraw his or her foreign currency cash or Naira equivalent. Note, however, that only wire transfers to and from Domiciliary Accounts are permissible.

FG, World Bank Sign NGN 47.4 Billion Power Plant Guarantees
The Federal Government has signed NGN 47.4 Billion risk guarantees with the World Bank in support of the 450 megawatts Azura-Edo Independent Power Plant. Parties to the agreements are the Federal Government (represented by the Ministry of Finance and Nigerian Bulk Electricity Trading Plc), the World Bank (in its role as the provider of the guarantees), the project sponsors (represented by Azura Power West Africa Limited), and various lenders (represented by JP Morgan, Standard Chartered Bank, Rand Merchant Bank, Standard Ban and Siemens Bank).
The project is scheduled to add 450MW, about 10% of the country’s current power generation capacity, to the national grid by 2018. It is the first of a series of new IPPs expected to drive growth in the power sector.
[Reported in “The Punch Newspaper”, Monday 24 August, 2015]