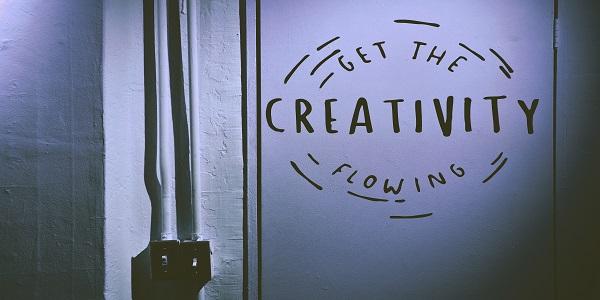 Fascinating stories have always captivated human attention, and the more otherworldly a story is, the more appealing it is to our collective sense of imagination. This is even more so, when the story is based on real life events. This formula has driven the success of some of the most prominent movies, documentaries, plays, and books to be created globally; Hotel Rwanda tells the story of a Hutu man who struggles to protect Tutsi refugees during the Rwandan genocide; The Social Network attempts to present the facts surrounding the rise of Mark Zuckerberg’s Facebook; and When They See Us, chronicles the ordeals of young Americans who on account of racial discrimination, were punished for a crime they did not commit, and eventually exonerated.

While consumers may not be bothered about what happens behind the scenes, there exists a playing field, where the creators of such media, and the subjects of the stories, relate legally. Imagine for a minute that yours was one of such lives, and a producer or author sought to tell your story, you would likely want a say in how the story is told; or feel entitled to a portion of the profits made from the project. It is from such considerations that the concept of Life Story Rights emerges.

Life Story Rights, as a legal concept, do not exist. The subject of a life story does not have any rights, recognized by law, to that story. What has therefore come to be known as Life Story Rights or Life Rights, really is the content of agreements entered into by producers of media, and the subjects of the intended projects, wherein the legal relationships between them are set out. In essence, what the subject does by entering into the agreement, is tell the producer ‘you have my permission’. These agreements typically contain more than permission, however. Some of the more technical content includes stipulations as to the duration of the agreement, the extent to which the producer can exploit the rights granted, profit sharing arrangements, clauses granting the producer exclusivity, promise of cooperation by the subject, among others. The bottom-line of Life Rights agreements though, is an undertaking by the subject not to sue the producer for breach of any personal rights. Although the law is not as developed in Nigeria as elsewhere, there are elements of Nigerian law that tie into the subject.

Do I Need Permission to Portray a Person’s Story in Nigeria?

A ready, and one might argue, logical answer would be ‘Yes’. After all, it is the person’s life story. If you are going to make it public, you should naturally (out of courtesy) get permission. However, the truth is that presently, there simply does not exist any legislative requirement for permission from an individual, or their estate, to portray the events of their life, provided that whatever information to be used, was obtained legally. Areas of law that readily come to mind in this instance are tort law on defamation, constitutional right to privacy, and intellectual property law rights like copyright and trademark.

Copyright law protects the intellectual property of the creator from being exploited without permission. The work however has to be in a perceptible form. Therefore, until already documented in some form, copyright would not avail a person. If the subject has for instance, already documented the events of their life in an autobiographical work, any producer who would want to adapt a movie out of the story, would need to obtain the permission of the copyright holder to rely on the content of such an autobiography, for details. It is important to note that this only applies to the extent that the producer seeks to rely on the copyrighted work

Trademark law serves to identify (and protect) the source (and identity) of goods and services. A person’s life story, is however neither a good, nor a service, and so cannot be protected under trademark law. However, trademark law may have limited application if say, a particular image of a person which has been registered as a trademark, is portrayed in any media without the consent of the owner of that trademark.

If no permission is needed, then what is?

Since there is no express protection for the life story of an individual under intellectual property law except instances where the story is based on a copyrighted work, what then is the basis for Life Story Rights?

While there is technically no legal obligation to obtain Life Story Rights, there exist other considerations which a producer may want to avert their minds to, before embarking on a project detailing another person’s life; most prominent of these is the risk of a breach of privacy or a defamation suit, which may be avoided if there is a Life Story Rights Agreement in place.

The law on defamation essentially seeks to protect the reputation of a person. If a person is able to prove that another has made a false statement or done any act which is injurious to their reputation, they would be entitled to relief. As is common with human reporting, there is always the possibility that the reported version of a story would colour the facts in some way, particularly when the endeavour is intended for cinematic entertainment of the public. A subject, or indeed relatives, may not appreciate being depicted in a certain way, or having a flaw or some other embarrassing moment of their lives come into public light. Even if such a depiction were true and the defamation suit is unsuccessful, it is not good for the production if it is assailed by a defamation suit, costing valuable time and resources to defend.

Note that an action in defamation is personal. This means that it dies with the person concerned, and as a consequence, such a person’s estate (family and relatives) typically cannot bring an action against a defamer. You could spread lies about the dead, without (legal) consequence. This is a limitation to the principle, though there are arguments that defamation should be made to be actionable even after death.

Apart from defamation, another risk is the possibility of a breach of the right to privacy. Universally, this is a recognized right, and the Nigerian Constitution guarantees the privacy of citizens, their homes, correspondence, telephone, and telegraphic communications. As such, redress can be sought by any person who alleges that some information about them, which enjoys constitutional protection, is made public without authorisation. Also, the recent Nigeria Data Protection Regulation (2019) offers additional protection to a person’s personal, sensitive and digital data. Apart from respect for the subject’s right to privacy, there is some wisdom in entering into the agreement, as the producer can be granted access to details which they may otherwise not have been able to obtain; for instance, correspondences, diaries, peculiar events and dates.

While obtaining the consent of a subject to portray their life story is not mandated by law, it may be advisable to do so, in order to help the development of the production by gaining access to vital information, or avoiding costly legal battles.

In countries where entertainment law is more developed, such as the United States of America, there exists a degree of legislative and judicial cognisance of the incidences of Life Story Rights, and thus, input. Apart from the law on copyright, defamation, and the right to privacy, another legal concept that is closely linked to Life Story Rights is the concept of Image Rights or Publicity Rights which has emerged in the US. This right protects a person (usually celebrities) from the unauthorized use of their image or likeness for publicity or profit. So while public figures and celebrities typically have less of a claim to privacy (because a considerable portion of their life is in the public domain), where the state recognises it, they can regulate the use of their image for commercial purposes. The law in this regard, differs from state to state, with the Celebrity Rights Act of California being one of the most notable.

In the United Kingdom however, there is no legislation aimed at protecting Image Rights. The most prominent case on the matter is Robyn Rihanna Fenty v Arcadia Group Brands Ltd (T/A Topshop)[1]. The world renowned singer succeeded in a suit against the company, Topshop, for the unauthorised use of her image on shirt merchandise. The court however decided in her favour on the common law doctrine of passing off[2], rather than her image rights.

In conclusion, while there may not be any one comprehensive legislation like a ‘Life Rights Act’ in Nigeria, the foundational elements of the concept are present within our legal system. As the entertainment industry continues to grow, the legal framework within which it operates will evolve as well. As cases arise for determination, the Judiciary may ultimately end up being responsible for the consolidation of all the component parts of the concept, into a distinct area of Nigeria Law. It is our hope that when such a time comes, the necessary judicial activism to shape the law will be resident in our courts. We also recommend that persons desirous of venturing into media projects that touch on this subject, seek and obtain sound legal advice before doing so. A final recommendation is that the Legislature avert its mind to this area of law, take a cue from foreign jurisdictions where it is more developed, and attempt codifying the principles, in order to further grow our legal system.

Nigeria’s misery index set to spike as population growth outpaces GDP and over 3 million people joining poverty rank. GDP is projected to drop by 8% from 2019 while population is set to grow by 3.5%.
https://www.vanguardngr.com/2020/06/big-trouble-as-more-nigerians-sink-deeper-into-poverty/

Oil market responds as Nigeria, Angola, Iraq, and Russia renew commitment to OPEC+ decisions. Price rises from $38 to $40.15 per barrel, the highest in 2020.
https://www.vanguardngr.com/2020/06/oil-market-responds-as-nigeria-angola-iraq-russia-renew-commitment-to-opec-decisions/