FREE ENTERPRISE IN NIGERIA AND THE LONG-AWAITED COMPETITION LAW

FREE ENTERPRISE IN NIGERIA AND THE LONG-AWAITED COMPETITION LAW 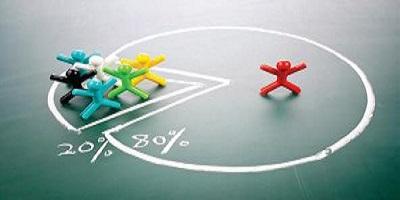 Globally, Adam Smith is referred to as the father/proponent of modern economics and capitalism. His views on free enterprise and capitalism have helped to promote the concept of the autonomy of enterprise and consumer sovereignty, with minimal government interference in business institutions.

However, due to the increasing shortcomings of the Free Market mechanism, the intervention of the government has become indispensable as the automatic interplay of demand and supply can no longer be trusted to accomplish the economic ends of competing interests. One of such interference is the development of anti-trust laws to curb or prohibit practices that restrain trade, such as price-fixing conspiracies, corporate mergers likely to reduce the competitive vigor of particular markets, and predatory acts designed to achieve or maintain monopoly power. As Adam Smith noted “People of the same trade seldom meet together, even for merriment and diversion, but the conversation ends in a conspiracy against the public, or in some contrivance to raise prices”. Whether the above quote by Adam Smith is entirely accurate or not, it seems to have influenced the government to take competition laws more seriously

The Nigerian marketplace has not been an exception to the pros and cons of free enterprise/deregulated economic system, having suffered major market crashes and economic recession following the implementation of market liberalization policies encompassing the telecommunication, power and financial services sector. This has led, over the years, to advocacy for the enactment of a harmonized competition law to replace the fragmented industry-specific legal framework that existed previously. It was a welcome development when the Federal Competition and Consumer Protection Act (the “Act”) was enacted, and this is particularly timely in the wake of the mega-merger that was witnessed in the financial services industry few months back, and many more that may follow if the CBN lives up to its plans to increase the capital base for banks from 25 Billion Naira to 100 Billion Naira.

So much has been said about mergers and acquisitions under the new Act vis-a-viz the role of the SEC, and as such it would not be out of order to give an overview of other salient provisions of the Act.

OVEVIEW OF THE FEDERAL COMPETITION AND CONSUMER PROTECTION ACT

It should be noted that restrictive agreements need not be written and may be in the form of oral agreements. An agreement in this context includes a contract, undertaking, arrangement, written or oral, or a concerted practice- practice that may exist where there is informal co-operation without any formal agreement or decision. Under the UK competition law a concerted practice may be deduced from parallel behavior between two bodies.

Prohibition of restrictive agreements should give some level of comfort to small and medium scale businesses who usually stand the risk of being coerced into accepting dissimilar conditions to equivalent transactions with other trading parties, or accepting contracts on conditions that by commercial usage have no connection with the subject of the agreement.

Exceptions to Prohibition on Restrictive Agreements

Further exceptions include a licence agreement between the proprietor of a patent and a licensee or an assignment of a patent so far as it regulates the price at which goods produced or processed by the licensee or assignee may be sold.

ii. Abuse of Dominant Position
A company is deemed to hold a dominant market position where it has the capability to act without taking account of the reaction of its competitors and customer. A dominant position in a relevant market will be said to exist where an undertaking enjoys a position of economic strength enabling it to prevent effective competition being maintained on the relevant market and having the powers to behave to an appreciable extent independently of its competitors, customers and ultimately consumers. Under the US Federal Trade Commission Act, a firm with market power cannot act, through unreasonable means to maintain or acquire a dominant position by excluding competitors or preventing new entry. This position was upheld in the matter of Staples/Essendant, Inc where the court opposed the merger of Staples office supply with Essendant, Inc on the ground that Staples already enjoyed dominant position in its industry and that further consolidation could only reduce competition, limit consumer choice and increase the potential for price manipulation.

According to the Act, an abuse of dominant position would occur, amongst others, where one or more undertaking: i. charge excessive prices to the detriment of consumers; ii. refuse to give a competitor access to an essential facility when it is economically feasible to do so or; iii. engages in an exclusionary act that has anti-competitive effect that outweighs its technological efficiency and other pro-competitive gains, such exclusionary act would include:

Penalty for abusing a dominant position in a market in the aforementioned manner would attract conviction to a fine of not less than 10% of a company’s turnover in the preceding business year or a higher percentage as the court may determine. The same penalty applies for failure of an undertaking to comply with a cease order issued by the Commission. A director of an undertaking that violates the provision of the Act on dominant position is liable to imprisonment for a term not exceeding three years or to payment of a fine not exceeding N 5, 000, 000 or to both fine and the jail term.

According to the Act, where it appears to the Commission that there are grounds for believing that a monopoly situation exist, it shall cause an investigation to be held into a particular sector or into a particular type of agreements across various sectors to determine the extent of the situation in relation to the market. A request for monopoly investigation may be initiated by a natural person or corporate body and may be referred to the Commission by the Court. The refusal to furnish the Commission with information constitutes an offence that attracts a conviction to a fine not exceeding N10, 000, 000.

The Act is a much welcome enactment in an emerging economy such as Nigeria’s and it will help in no small measure to reduce unfair practices within the market place and help small and medium scale enterprises flourish among the more well-established undertakings. The consumer right provisions will also help increase consumer confidence and promote consumer sovereignty within the value chain.

The provisions of the Act are quite ambitious considering the fact that some of them are novel. For instance, it is not common within the Nigerian market place to hear that a court has adjudged a company to be a monopoly and mandated the going concern to break into separate units to allow for more competition in favour of its contemporaries. As such, the implementation of this Act will require strong leadership with political will from the Commission if it is going to take on big names such as was done in the old Microsoft monopoly case.

After all has been said and done, the Commission, the Tribunal and the Courts will be instrumental in defining the concept of anti-competitive business practices within the purview of the Act.

$5bn US Fine Set For Facebook On Privacy Probe – Report
US regulators have approved a $5 billion penalty to be levied on Facebook to settle a probe into the social network’s privacy and data protection lapses.

On A Lighter Note

“It’s said that sport is the civilised society’s substitute for war, and also that the games we play as children are designed to prepare us for the realities of adult life. Certainly it’s true that my brother thrived in the capitalist kindergarten of the Monopoly board, developing a set of ruthless strategies whose success is reflected in his bank balance even to this day” – Danielle Wood,Rosie Little’s Cautionary Tales for Girls